Dear Food Industry: Please Don’t Pass the Salt
This blog post is written by Mark A. Creager, president of the American Heart Association.

Recently the Food and Drug Administration released the first-ever draft recommendations to the American food industry on acceptable sodium levels in manufactured foods. Nine out of ten American adults consume very high levels of sodium, a principal component of salt, and it is affecting our nation’s health. However, most of this sodium is hidden in the foods we eat.

We at the American Heart Association strongly urge companies to support and adopt these draft voluntary targets.

Why is too much sodium a big deal?

Unfortunately, simply avoiding the salt shaker does not solve the sodium problem. Even the most well-meaning and motivated consumers have a hard time reducing sodium in their diets, because it’s so pervasive in our food supply. More than 75 percent of the sodium we eat comes from processed, prepackaged, and restaurant foods.

Most Americans consume more than 3,400 milligrams of sodium each day — the equivalent to the amount of salt in about 34 servings of potato chips or about five slices of cheese pizza. That’s almost 2,000 milligrams above the American Heart Association’s daily recommendation for ideal cardiovascular health. I’ve observed substantial improvement in my patients’ high blood pressure when they avoid those foods that are loaded with sodium. Often, when patients avoid foods high in sodium, we can reduce the dose of a blood pressure medication or even eliminate it.

As a practicing cardiologist for the past 35 years, I’ve consistently recommended sodium reduction to those who have already had a cardiac event, or are managing high blood pressure. Studies have estimated that 90 percent of people will have high blood pressure at some point in their lifetime, and the problem can occur even in very young children.

So what exactly will the FDA recommendations accomplish?

Because the targets are voluntary, the goal is to provide guidance to the food industry on what reasonable sodium levels look like – without actually issuing a mandate that they comply.

It’s important to note that it’s not just the FDA or the American Heart Association or other health-focused organizations pushing for this change. Consumers are asking for it, too. In my role as president of the association I have witnessed tremendous grassroots efforts among concerned Americans who have written letters and reached out on social media to food companies, asking for healthier food options. Parents have also reached out to providers of school lunches –urging them to lower the sodium to reasonable amounts in meals served their children.

Fortunately, some of the major food companies are listening and are already working to reduce sodium in many of their products. But much more needs to be done. Moderate levels of sodium must become the norm for the entire food industry, or many Americans will likely continue to consume too much sodium simply by default.

Some studies predict that reaching more moderate levels of sodium in the food supply could save over a half million lives and billions of dollars in healthcare costs in the United States over the next decade. To us, that’s convincing enough. Now the food industry must be convinced too, and begin to see themselves as stakeholders in the health of their customers. 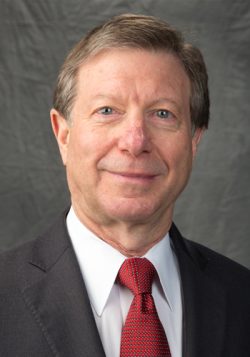 Mark A. Creager is president of the American Heart Association and director of the Heart and Vascular Center at Dartmouth-Hitchcock Medical Center in Lebanon, New Hampshire.